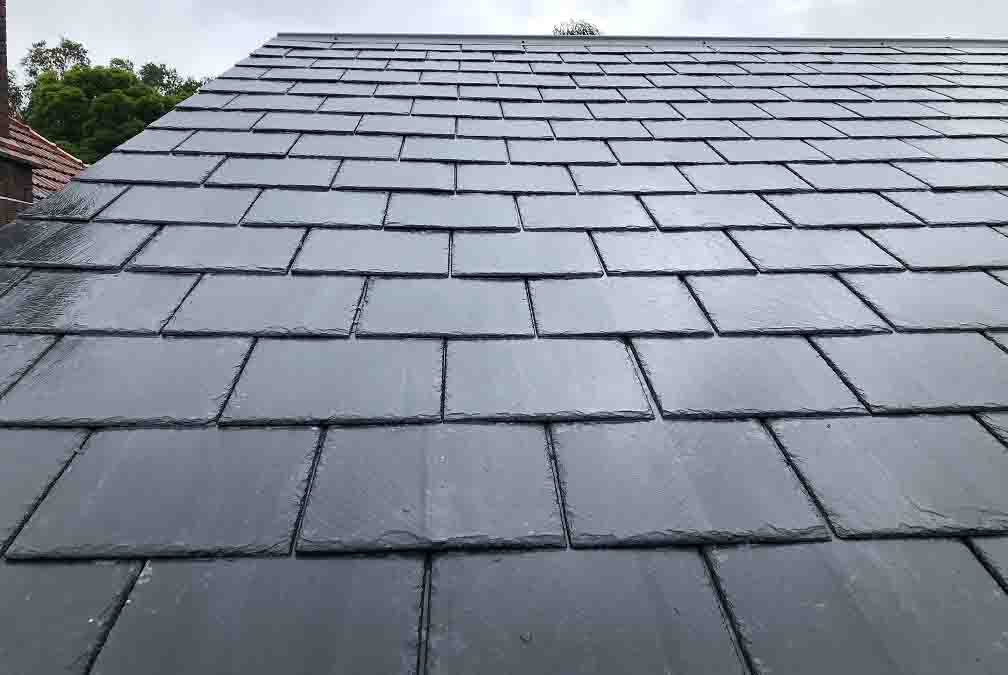 If you have ever been rummaging inside your roof space and have noticed red dust on your ceiling space or on top of the insulation, then more than likely you will find deterioration of the clay.

The general perception that roof tiles are considered  almost indestructible will seem to be a myth when the tiles are found to be damaged by salt attack. I have only seen this happen on clay tiles, where the underside of the clay tile has delaminated or found to fret, it also happens on the cut ends of tiles and subsequently a lot of  red dust usually collects under hips and ridges. It only appears to be happening to random tiles and on the older homes. Replace these few tiles and we recommend that you periodically check to see if any other tiles have problems. Finding matching tiles may be a problem, but you should find them in most salvage yards.

It is also important to make sure that the Ridge and Hip tiles are secured to the bedding mortar. This separation is caused by the expansion and contraction movements of the roof timber, this is most severe in the first couple of years of a new  roof as the timber is usually still green and needs settling in. The lack of incorrect strutting or propping of roof timbers like underpurlins ridge and hip boards is the major cause of excessive roof movement which is reflected in general sagging and ridge and hip cover tile mortar bedding separation.

A simplified explanation is that, when the mortar bedding has fallen out of the joints, then under storm conditions the chance of strong winds dislodging the tiles at the separated mortar bedding is far greater than if the bed joint was smooth, because the winds can then just glide over the smooth mortar bedding joint. Mostly no one really cares, as the attitude is that insurance will cover any damage caused, well so true, but it is the inconvenience and disruption that is caused by storm damage, by which we can minimise the risk.

The pitch on roofs also plays an important part.  Manufacturers of  roof tiles generally stipulate the minimum pitch of the particular tile profile, this is the  point at which the tile is no longer guaranteed to be water proof under normal conditions. It is generally under stood in the industry that 15 degrees is acceptable on most tile profiles, lower pitches can be achieved if sarking is used under the tiles,  this catches any water that might leak due to the low pitch, the idea is that the water collects on the water proof membrane(sarking) and flows down to the gutter at which point the sarking is neatly trimmed into the gutter.

Flat roofs are more susceptible to storm damage than pitched roof , as the wind blowing over the top of a flat roofed home causes a vacuum or sucking action, ripping and pulling at the sheets and if they are loose well of they come. In the case of a pitched roof the face of the roof facing the wind will have live wind loads applied with little or no chance of any roofing material being dislodged, where as at the back of the same roof  again a vacuum is created and a pulling action is applied to the roof cover, so I guess in theory on a pitched roof only half the roof  is in danger, storm clips are another added precaution that is available.

Any queries, questions or advise will be gladly answered similarly any topic that you wish us to discuss   is also invited, so please do not hesitate to share your thoughts.